I was in Jamieson's, Glasgow, yesterday and bought the model. It looks superb, to me, certainly a quantum leap over everything we have had before. If it builds the way it looks, I will be absolutely delighted. I say this because, although the CR42 looks good, I found it had one or two unhappy fit issues.

I have only had the time to have a quick glance at it and have a few minor comments. The engine and cowling are in similar style to the CR42, one of the areas where I had problems with the CR42. You can have deployed flaps, but the ailerons are moulded integral with the wings. Why? To save money, obviously. There is a certain amount of rivet detail on the wing which is portrayed as drilled holes. I have seen several built models of the Trumpeter Hawker Hurricane in 1:24 scale, with this detail, and it just doesn't look right, in my opinion, especially when picked out in a dark wash. Colour callouts are in typical Italeri style and lifeless artwork, with no acknowledgement of the GAVS/CMPR nomenclature.

That apart, I am pleased with the kit. No doubt rivet counters will find other faults, but it still looks to me like the best game in town, to date.

This is good feedback! Looking forward to getting my hands on this kit.
by alinca
For what I saw, the biggest problem of this kit is the wrongly shaped hump. Other things can be fixed pretty easily, even if it is annoying in a 2010 kit!

Anyway, can someone confirm my impression of the hump shape?

Best.
by Bernhard_1978
@alinca: I had the same impression about the hump when I saw it. Seems to be a bit too short and also slightly out of shape somehow...

Did anyone compare it to plans in Ali d'Italia yet?

Otherwise it appears to be a decent kit...but I doubt it's better than the PCM kit
by Mirek Riha
Hi

preview with pictures of plastic in czech..

Mirek
by modeldad
Vector will be releasing a corrected cowling and engine for the Italeri MC. 200.


Response to Re: Italeri MC200
Vector will make new cowl with engine for both Italery MC200 and Ar-196 (actually the one for Arado is almost ready).

Sergey.
by D520
Hello steven! this russian dude is great is n't he?

by modeldad
Yes he is. I'm building his Hs 126.
by D520
Yes Vector for the healthy and ICM for the poor, what a world we are living in! Regards my friend and have a great WE, BTW did you finish th BR20?
by Daniele Gatti
Without any pretension to be exhaustive..
Some small consideration..

I find interesting the idea of being able to do the Saetta of Gorrini, of Sant'Andrea, of Iannicelli and of Pratelli.. Although not quite perfect..

Gorrini had a passion to be photographed next to many other aircrafts.. 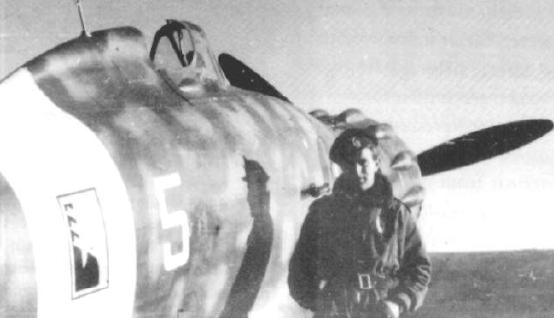 I know there aren't other photos of 85-2 (I mean where you see the codes of the aircraft) of Gorrini..

Among other things, Gorrini, certainly also piloted the Saetta 85-8..

Apart from the continental camouflage, the codes should be of these dimensions:

This is the aircraft of Cap. Sant'Andrea (Capodichino, october 1940):

This is the aircraft of Cap. Iannicelli (Stalino, december 1941):

The model is not just really bad ..But it has quirks.. The hump is slightly lower, the profile of the muzzle just after the interior is low, the lower profile is slightly thin, and also the input edge of the drift is back.. Above all, the flaps are wrong if you want to be lowered.. They must be composed of two parts each, a large and a small just below the belly at the end of the wing. The kit is only one "great", while "small" is printed one with the wing.