by RetiredInKalifornia
This discussion thread is devoted to photos of current model builds in progress of favored 1/72 scale WWII Luftwaffe aircraft with emphasis on those first released after WWII prior to 1970. Those kits listed below sans the Italeri Focke-Wulf Fw 190A & Messerschmitt Me 210/410, Lindberg Heinkel He 219 & Messerschmitt Me 410 have been constructed numerous times those aforementioned for the first time, sayonaras to almost six decades of building Luftwaffe-subject models. Construction will commence later in 2020 after the Italian aircraft model builds are complete, additional model kit builds if any will be in new groups. 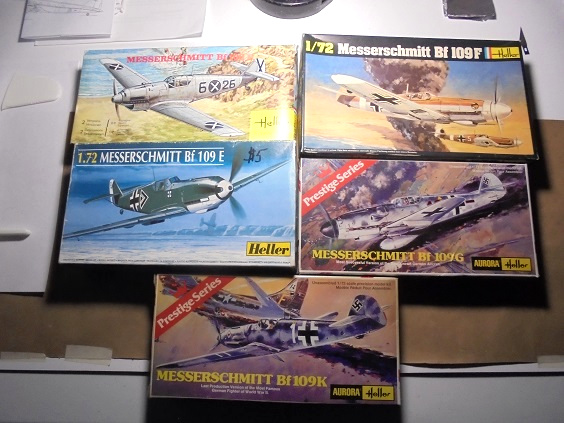 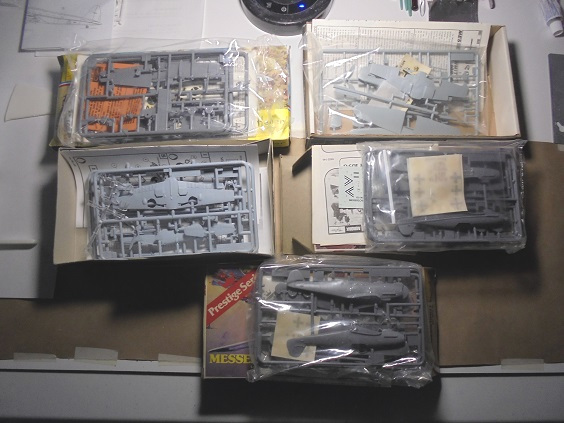 Better tooled than contemporary 1/72 scale Bf 109 kits (i.e. Airfix’s mid-1950s Bf 109G, Revell’s early 1960s Bf 109E) all including the excellent mid-1970s Bf 109E have been eclipsed by better tooled offerings, readily available & reasonably affordable on resale markets their structural simplicity made for easy builds during the 1980s those shown above being the last ever. To save on building time & resources commencing in December 2020 they will be concurrently built.

by RetiredInKalifornia
This discussion thread was earnestly stared months ago to document my 1/72nd scale Luftwaffe aircraft builds, apologetically there will be no builds my entire collection of non-Italian aviation subject model kits, paints & research publications today November 4, 2020 given to a Sacrmento-based scale model-oriented hobby shop for resale. After building the last Italian aviation subject model kits by end of this year am retiring from scale model kit building, thanks to all for visiting this discussion thread - Richard
All times are UTC-07:00
Page 1 of 1
Powered by phpBB® Forum Software © phpBB Limited
https://www.phpbb.com/