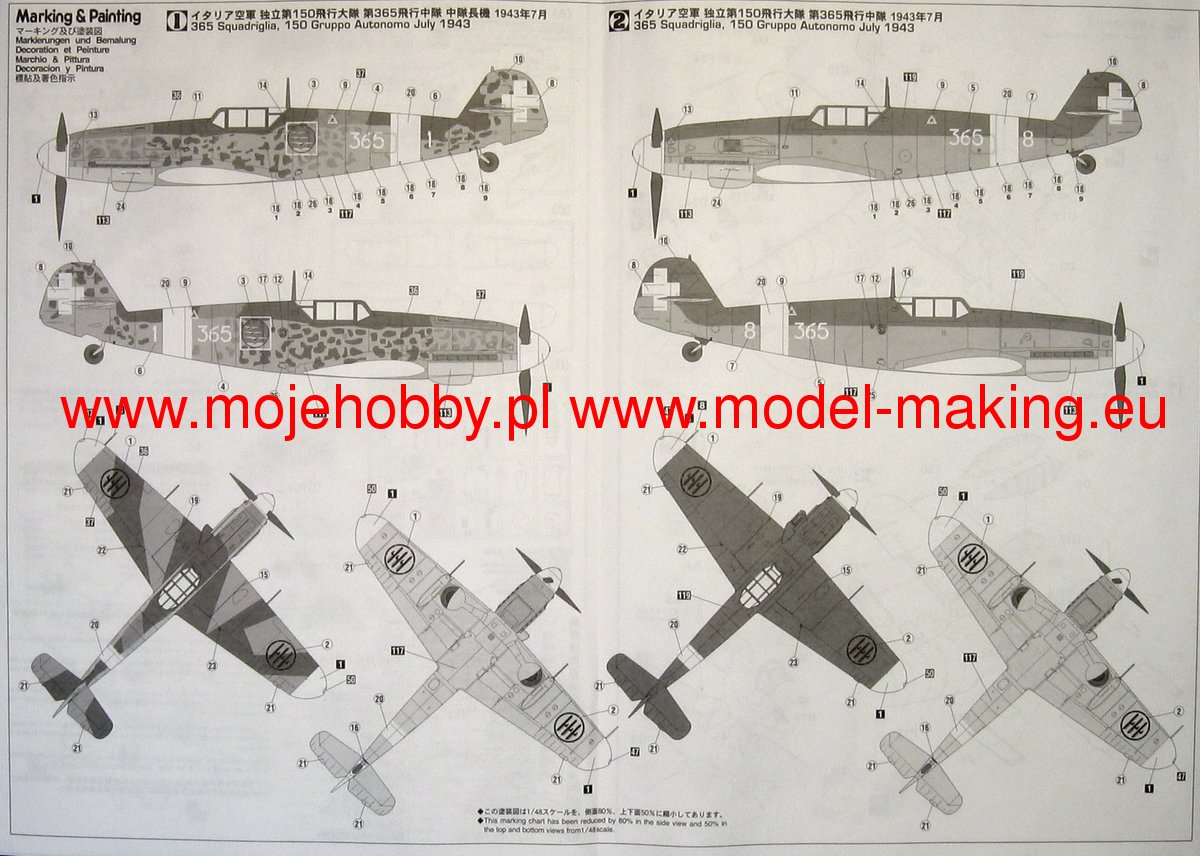 But many sources identify it as a G-2 instead (understandably due to the minor differences between G-2 and G-4), which I tend to believe : A photo of the real plane appears page 91 of " Nei cieli di guerra - La Regia Aeronautica a colori 1940-1945, Giorgio Apostolo Editore, 1996", unfortunately it is taken from far away. Do you know any other pictures of the 365-8 ?
I understand it was an unarmed trainer aircraft (the photo in the above mentioned book seem to confirm that the guns were removed from gondolas) but some refs show it with the guns ? I tend to trust the phot and the decal ref above describing an unarmed G-2.
The first 2 profiles describing a G-4 show many grey patches on the plane, but it is not obvious on the photo ...
In summary, can anyone confirm type, patches, unarmed version ?

Re: Question about Regia Aeronautica Bf 109G-4 in Trop camouflage

The G2 and G4 had different radio sets, so the location of the antenna could help determine which was which. The RA operated both the G2 and G4.
Vince Tassone
Top
Post Reply
2 posts • Page 1 of 1